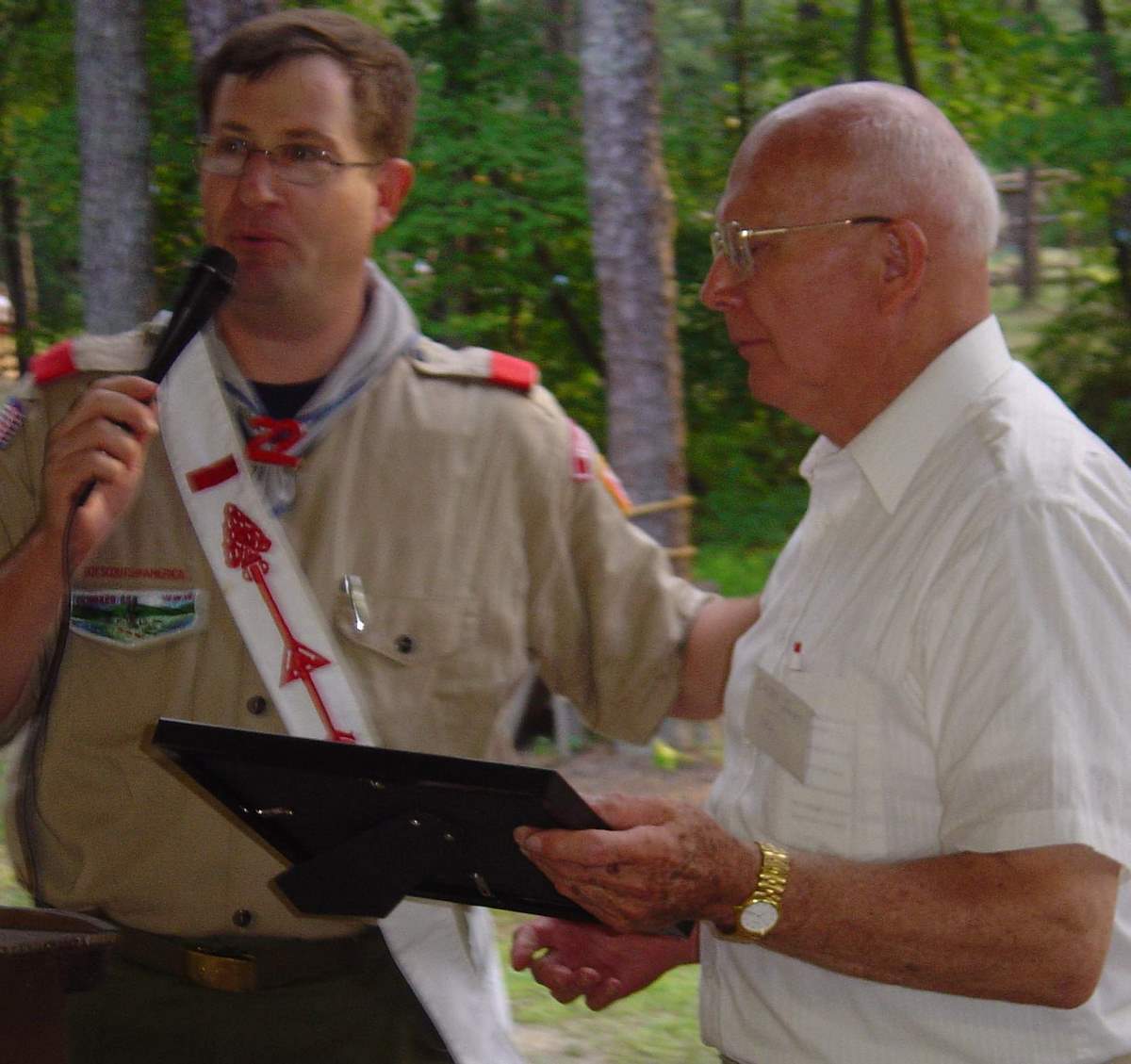 From the December 2004 Octoraro Loop.

The highlight of the 5th Annual Reunion of the HSRAA was the welcome afforded Rev. Edward C. "Casey" Jones upon his return to the Horseshoe Scout Reservation on July 10, 2004.

Casey's tenure with Horseshoe as a camper and staff member spanned three decades beginning in 1941 and lasting until 1961. Many years have passed since Casey was last in Camp. He was taken by the marked changes in the physical parts of camp - new campsites, headquarters, Parade Field headwall, and many other items. However, he also noted that while the physical characteristics had changed, the spirit of camp and its mission as well as the Enthusiasm of the Scouts was as he recalled from his earlier days.

Many who attended Horseshoe as campers or staffers during his years in camp returned to greet Casey. Among them were Fred Gates, Len and Tom McCabe, Bill Lenker, JB Rettew, Bill Waxbom, Roland Minshall, Roland Smith, Bill Trowill, Herb Warner, Jim Dukovic and many others.

Casey and many others that day were treated to a tour of the new facilities at Camp John H. Ware, 3rd. As Casey recalled that part of the Reservation, it was called the "Explorer Base" in the early days and then Camp Jubilee. The new Cub Camp facilities were impressive as was the new Ware Staff campsite. 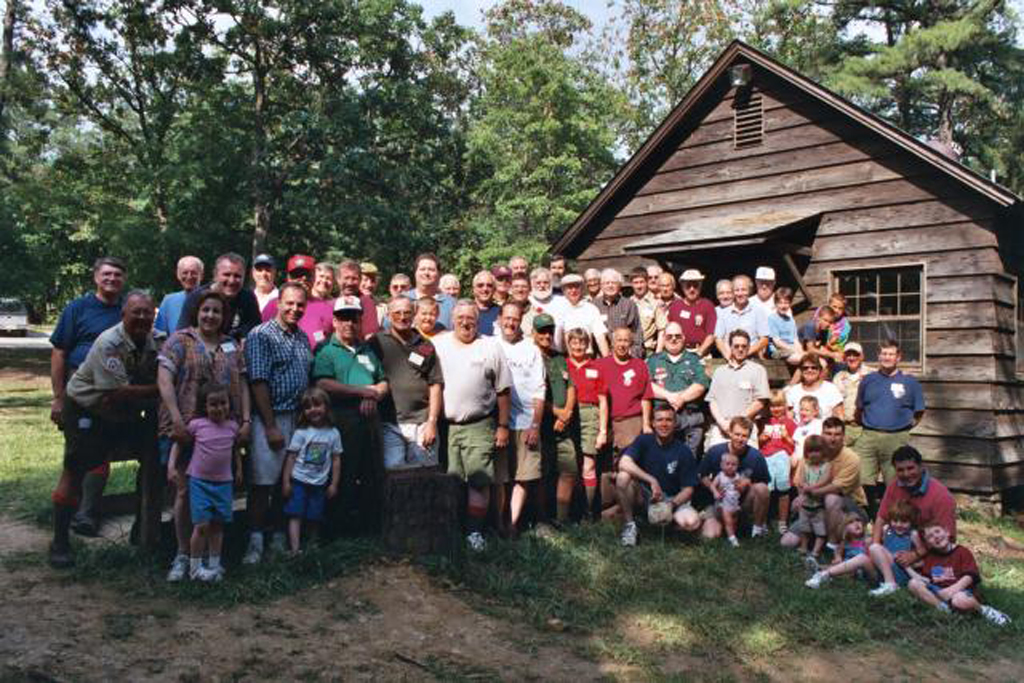 All had a good opportunity to tour Horseshoe before the evening Retreat Ceremony. This was the first opportunity for many HSRAA alums to see the headwall for the Parade Field and the new troop flag standards that had been funded by the HSRAA membership dues and other contributions. Camp was filled to capacity and needless to say there was not too much more room on the field. The OA Tapout ceremony recalled the days when Casey Jones was a member of the Tapout team in costumes somewhat 'briefer' than those worn at the ceremony.

Following a fine meal arranged for by George Tzanakis, Reunion Chairman, HSRAA Chairman Bob Matje greeted the alumni and friends. Bob and the HSRAA with a commemorative certificate honored "Casey" Jones. JB Rettew and Bill Lenker were called upon and recognized the impact that Casey had on their lives and the campers during his tenure.

As part of the business meeting Chairman Matje presented special certificates of merit to Dick Bensing for his work in the HSRAA projects of the headwall and the gateways for both camps, and, to JB Rettew for his five years of work on the Octoraro Loop. Plans were reviewed for the further addition to the Parade Field project.

All are looking forward to the 2005 Reunion.